ONLINE TRANSLATED *WILL BE UPDATED SOON

Torment breeding is cultivation forms that lead to health restrictions.

In the meantime, the "breeding mania" has unfortunately also reached degus, not only because of the colors, no also because of the condition of the fur or even the lack of fur - hairless. The animals have to follow more and more absurd ideals of beauty from us humans. The animals always pay the price, because: animals from torture breeding usually suffer for the rest of their lives.

In degus fur changes have unfortunately occurred which were reproduced by inbreeding, this fur change is called Rex fur , as a result of which, unfortunately, naked degus have also occurred.

Torture Breeding Problems - Why You Shouldn't Support Them 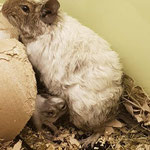 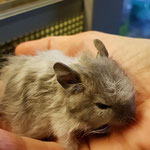 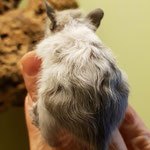 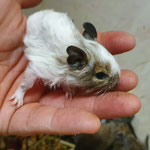 Images come from Facebook, so there is no legal restriction on distribution. 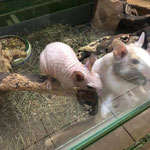 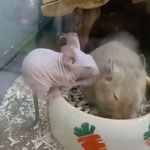 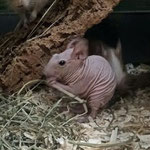 Images come from Facebook, so there is no legal restriction on distribution.

There is as yet no scientific evidence or research on the subject of torture breeding for degus, but the probability is high that the problems mentioned apply to degus as well as to other small animals or animals in general. Therefore this cultivation form should not be supported.

Other rodents are also affected by torture breeding, here are just a few examples:

Please inform yourself thoroughly in advance on the Internet where you get your animals from before you support such an animal and the associated torture breeding. When purchasing an animal from torture breeding, it is not only the animal that suffers, but also your wallet: Many overbred animals often have to go to the vet and accordingly cost a lot of money. In addition, you support a person who earns money at the expense of the animals. Such animals should never be bred with. Of course, nothing speaks against taking animals from torture breeding as an emergency (free of charge) and offering them the best possible life.

Never buy an animal out of pity!

All texts and contents are subject to copyright, © dein-degu.de